The clear and transparent waters of the Atlantic Ocean course along the coastline of the Charente Maritime. The departement has 463 km of coastline and four islands : Ré, Oléron, Aix and Madame.

The Gironde estuary, the largest in Europe, is an area of exceptional biodiversity. The Seudre estuary has salt marshes and oyster beds. The countryside has many architectural treasures and huge areas of vineyards. Cognac and Pineau are intimately interlinked with the local heritage.

The attraction of its beaches, its seaside resorts, its harbours, its towns full of art and history, its festivals and its historic sites, makes the Charente-Maritime the first tourist destination on mainland France. The Charente Maritime has 3 million visitors per year.

Tourism is the main area of economic development. La Rochelle, administrative centre (prefecture), has an old harbour ; Rochefort has the royal rope works and its arsenal. It is also where the French frigate, Hermione, has been recreated and sailed to America and back ; Saintes has its Roman amphitheatre ; Vauban has the old fortifications. Many of these sites are listed as Unesco World Heritage sites : the citadel of Saint-Martin-de-Ré, the basilica of Saint-Eutrope in Saintes, the Hôpital des Pèlerins (the pilgrims hospital) in Pons and the church of Saint Pierre de la Tour in Aulnay.

The thermal spas and thalassotherapy (seawater therapy) centres contribute too to the appeal of the Charente Maritime. Many towns including Jonzac, Rochefort, Saint Jean d’Angély and Saintes are full of history.

To the west, huge oyster beds have made the area renowned for its oyster production all over the world. This department, between sea and land, has a variety of landscapes to explore.

With having a long Atlantic coastline the Charente Maritime has a temperedclimate with relatively mild winters and dry, hot summers. These are cooled by a much appreciated gentle maritime breeze. The department has lots of sunshine (the second highest in France after the Cote d'Azur) with few rain showers. Perfect weather to guarantee great holidays or weekends away.

The department was created during the French Revolution, formed from the provinces of Aunis and Saintonge, as well as part of Poitou and Angoumois. Until 1941, it was called the “Charente-Inférieure” (Inferior Charente) as a geographical reference to its position on the lower part of the Charente River.

The area has been populated since the Palaeolithic era. Near Saintes, at Saint-Césaire, a 34,000-year-old Neanderthal skeleton was discovered. On the site of these excavations the Paléosite has been built ; an interactive prehistoric centre using the latest communication technology.

During the Gallo-Roman period, the capital of Aquitaine was Mediolanum Santonum (Saintes), the Arch of Germanicus and the amphitheatre can still be marvelled at. The Barbarians invaded the south west which remained under their influence until the arrival of Clovis (Clovis [466-511]. He was the first king of the Franks who united all the Frankish tribes under one ruler, changing the form of leadership from a group of royal chieftains to rule by a single king, thus ensuring the kingship was passed down to his heirs. In 1137, Eleanor of Aquitaine married Louis VII. They both went on the Second Crusade but they became estranged and the marriage was annulled as she had not produced a male heir. She divorced Louis and very quickly married the Duke of Normandy who became Henry II of England. Henry was a Plantagenêt. Henry II and Eleanor were the parents of Richard the Lionheart and King John. The One Hundred Years War, then the

religious wars brought much conflict between the Huguenots and Catholics and led to great devastation.

In 1568, La Rochelle became protestant (Huguenot), like many middle-sized towns. The proclamation of the Edict of Nantes (signed in April 1598 by King Henry IV of France, granted the Calvinist Protestants of France substantial rights in the nation, which was still considered essentially Catholic at the time) brought back calm and prosperity to the department. In 1627, the siege of La Rochelle occurred. Richelieu and Louis XIII, worried by the prosperity of the town, forbade access to the harbour and built a huge dam. The population was subjected to starvation and surrendered a year later. La Rochelle returned to catholic, royal authority.

During the 18th century, La Rochelle and Saintes experienced an important urban expansion.

In 1876, the phylloxera fungus destroyed vineyards and the production of cognac. The departement turned to agriculture, especially dairy farming. In 1890, the President of the Republic, Sadi Carnot, inaugurated the port of Pallice in La Rochelle.

In 1905, Emile Combes, mayor of Pons and President of the council along with Georges Clémenceau, his deputy, held a vote about the law of separation between church and State.

The railway network on the ile d'Oléron was inaugurated in 1904.

During the Second World War, the Charente-Inférieure was an occupied zone. In 1945, soldiers and resistant fighters besieged the Germans in the Atlantic ports, including Royan and La Rochelle. Royan paid a heavy toll, having 85% of the town destroyed by aerial bombardment by the Canadians and Americans. The bombardment was at the request of the Free French as the occupying army refused to capitulate.

In 1966, Oléron was the first island to be linked to the continent with a bridge, then in 1988 the ile d'Ré had a bridge built.

The end of the 20th century saw many catastrophes hit the Charente Maritime: the oil spill of the Erika in 1999, then the storm on 26th and 27th December of the same year, and in February 2010, storm Xynthia.

FROM THE RICHNESS OF THE LOCAL PRODUCTS, BETWEEN LAND AND SEA

This region has an exceptional reputation for its gastronomy; renowned for its seafood and local products. Firstly, the oysters are fine and “spéciales de claires" which has given Marennes and Oléron their great reputation. ("affinage en claire" is the refining process.) At this stage the oysters are placed in what were once marshes. Oysters remain in the "claire" (oyster bed) where fresh water and sea water blend together for one to three months. The end results are oysters with a delectable taste that are world renowned. Marennes-Oléron is Europe's most prominent oyster production area. They have an PGI (Protected Geographical Indication (PGI) which identifies an agricultural product, raw or processed, whose quality, reputation or other characteristics are linked to its geographical location.) You can also complement oysters with a shallot sauce or lemon zest, and eat them with butter from Surgères, which like its Echiré neighbour, combines quality and taste.

Other seafood products include bouchot mussels (grown on wooden poles in the sea so that they are out of reach of predators.) This is the best tasting mussel; it is yellow-orange and its taste is unique. When cooked with maritime pine needles they make delicious “éclades” (Charente speciality), the mussels are cooked in a variety of sauces.

The Charente-Maritime is also known world wide for its Cognac and Pineau. It also produces a “vin de pays” (local wine), especially on the ile d'Ré, like the famous potato it has a slight iodized taste, just like the salt, harvested in the salt marshes.

As for cheese, there is the Jonchée. This is made from cow’s milk (curds) and left on a bulrush mat. The bulrushes come from the salt marshes.

Glasswort also comes from the marshes and is eaten like a condiment in vinegar or eaten raw.

The Charente-Maritime is a huge playground for all sports lovers and nature enthusiasts. There are water based activities: sailing, surfing, kite-surfing, sea kayaking, paddle boarding…

The “sentier du littoral” (coastal path) is 50 kilometres long and is ideal for hiking. There are also many paths through the countryside and Estate Forests. There are many cycling paths too.

Haute-Saintonge has many places to go horse riding. There are eight golf courses to try. The marshlands provide a large area for fishing, as well as many rivers, and of course the shoreline of the Atlantic Ocean.

FESTIVALS, FAIRS, EXHIBITIONs AND SHOWS IN the CHARENTE MARITIME

This is a small selection of the many cultural, sporting and other events on offer in the department and which contribute to the dynamic reputation of the area :

CINEMA aNd the CHARENTE-MARITIME

Madeleine Chapsal sets the story "On attend les enfants" (We are waiting for the children), in Charente Maritime, her birthplace. 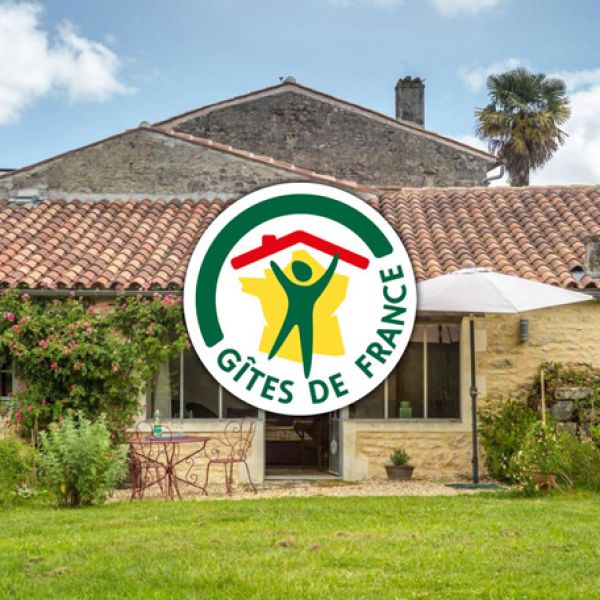 Inseparable from the landscapes of Charente-Maritime and the Gironde estuary , wooden huts perched above ...