The Maritime Museum of La Rochelle: from the history of the city to the world of oceans.

La Rochelle
Share The Maritime Museum of La Rochelle: from the history of the city to the world of oceans.

Want to learn more about the history and heritage of La Rochelle ? Direction the Maritime Museum on the quays of the Old Port! On this occasion, also dive into the heart of the temporary exhibition "Climate-Ocean" to live a fun and moving experience between aquatic atmosphere and abyssal depths.

Immersion in the maritime history of La Rochelle

The weather looks gloomy in Charente-Maritime this weekend? Do not panic. The rainy days are often carriers of discoveries and beautiful surprises . A few steps from the inescapable Aquarium of La Rochelle , a real cultural and heritage escape is offered to us.

Located in the old trawler basin of the Old Port, the Maritime Museum of La Rochelle is distinguished by its multicolored pavilions designed by the architect Patrick Bouchain. Its original architecture illustrates in the broadest sense, the richness of the maritime history of the city and its port. The site consists of three distinct visitor areas and a multi-faceted collection to immerse ourselves in a captivating maritime world . A museum like no other, dedicated to men, boats and the ocean.

From the entrance, the visit of the pavilions is an invitation to travel through the maritime culture of the city. We discover the incredible destiny of Rupella (which means "little rock"), this former fishing town , founded in the 9th century on a rocky promontory, destined to become one of the first French fishing ports in the early 1960s. The museum tour is based on the chronological sequences of the history of La Rochelle. Thanks to the researches of the historians and the documentation of the pieces of the collection, we go back the time since its foundation towards the year 1000. Citadel of rebellion and large Protestant place of the Kingdom of France, port with the considerable role in the triangular trade , the Rochelle reveals an unusual destiny in this first pavilion, contextualized by films, cartographies, documents, models and models.

I am particularly touched by the model of the Euryale , the slave ship Rochelais, filled with goods, leaving the port towards the African coast. On his arrival, no less than 600 slaves were loaded aboard to cross the Atlantic. In the West Indies, captives were "traded" for sugar, coffee, cotton and cocoa. A heavy past to wear and that arouses much emotion : in the 18th century, La Rochelle is the second slave port of France.

At the heart of the auction

The covered arcades make it possible to pass between the pavilions and to stay dry. The other two pavilions open the doors for us from the time of the peak of the fishing of the rowboat to the industrial trawlers. We discover the ancient trades related to the sea and the fusional relationship between the city and the ocean. A playful re-enactment of the tide halls plunges us into the effervescence of the auction sale in the early hours of the morning, from the landing of trawlers stuffed with fish to the packaging in the trays.


The evolution and growth of the three ports of La Rochelle are discussed, from the creation of the basin of La Pallice to the Marina des Minimes through the fishing port of Chef de Baie.

Outside the main building, the Maritime Museum fleet includes 8 ships considered as valuable national treasures . What a privilege for young and old to admire and board some of these historic boats! Behind the museum, we contemplate the Joshua and Frigate Captain Leverger (SNSM canoe). Manuel-Joël, a classic trawler dating back to 1954, once fished for line tuna and Norway lobster.

In the basin, this unique fleet in France consists of the majestic France 1, a former meteorological frigate 76 meters, built in 1958 and which is entirely visited. A must-see event for Rochelais between April and October, the ship is home to the Sea Bar on its deck. This warm and festive place offers, in addition to a breathtaking view of the port, a varied musical program and a gourmet menu between 10am and 2am.

Adjoining France 1, the Angoumois is a 38 - meter deep - sea vessel that has had a strong impact on the industrial fishery of La Rochelle, which can land between 25 and 50 tonnes of fish when it returns for several weeks at sea.

Finally, the Saint-Gilles is a small tug of the port of La Pallice today classified as a historical monument . His crucial role in multiple assistance missions to rescue boats in difficulty off the island of Ré earned him the admiration of all.

To conclude our visit, we enter the interior hall of the old Auction, opposite the entrance of the museum, to find the great exhibition "Climate-Ocean " inaugurated in November 2019. Awareness of major problems of pollution, overfishing, climate disruption, we realize how the oceans are put to the test.

Designed with the support of scientists and experts , this visit allows us to understand the ocean in all its forms, the dangers that threaten it and the stakes of its preservation for all. With multimedia devices on a human scale and innovative 300m2, scientists address directly to visitors. In an immersive, aesthetic and sifted blue light , we have the sensation of traversing the abyss of the seabed. The exhibition mobilizes awareness around themes that highlight the fragility of the ocean: an ecosystem in its own right, ocean-climate mechanics, threats, paleoclimates, the consequences of global warming, the resilience of life ... A visual experience and original sound not to be missed!

Although temporary, the Climate-Ocean Exhibition, inaugurated in November 2019 , continues until 2021 and is an integral part of the Maritime Museum.

For a weekend in La Rochelle, we took advantage of a group ticket "La Rochelle Ocean" giving access to three sites: the Aquarium, the Museum of Natural History and the Maritime Museum.

The Aquarium of La Rochelle

Did you like this article ? Find more about BLOG

Find us on the Facebook page of the Charente Maritime Guide


Article written by Lesley Williamson for the Guide Charente Maritime

Back to "Culture and Heritage"

Top 10 things to do in La Rochelle

Top 10 things to do in La Rochelle

Rent a boat in La Rochelle, for cabotage along the Charentaise coast

Rent a boat in La Rochelle, for cabotage along the Charentaise coast

What to do in Charente Maritime in winter?

What to do in Charente Maritime in winter? 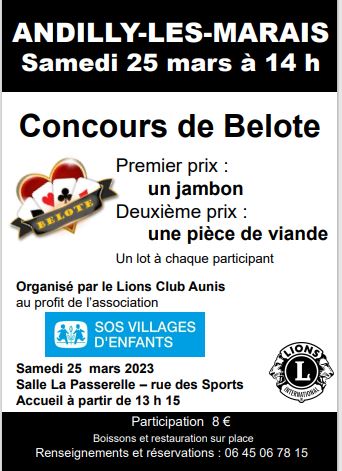 Formerly a fishing village, then a trading port for salt and wine. Protestant city, envied for its prosperity by ...

At the foot of the city, it's a fun beach to watch the boats come and go. Supervised in summer, it also has a snack ...

Welcome to the heart of La Rochelle, on the edge of the charming rue des Mariettes. An unusual bike calls out at the ...

The curiosity of this lighthouse located on the quay facing the La Rochelle yacht basin, is its integration into the ...

From the Old Port, embark aboard the Alizé and discover La Rochelle by the sea ! - Visit of the 3 ports and the ...

OUR OTHER REGIONAL GUIDES IN FRANCE

OUR CITY GUIDES IN EUROPE