The Arvert Peninsula and the Beauty Coast 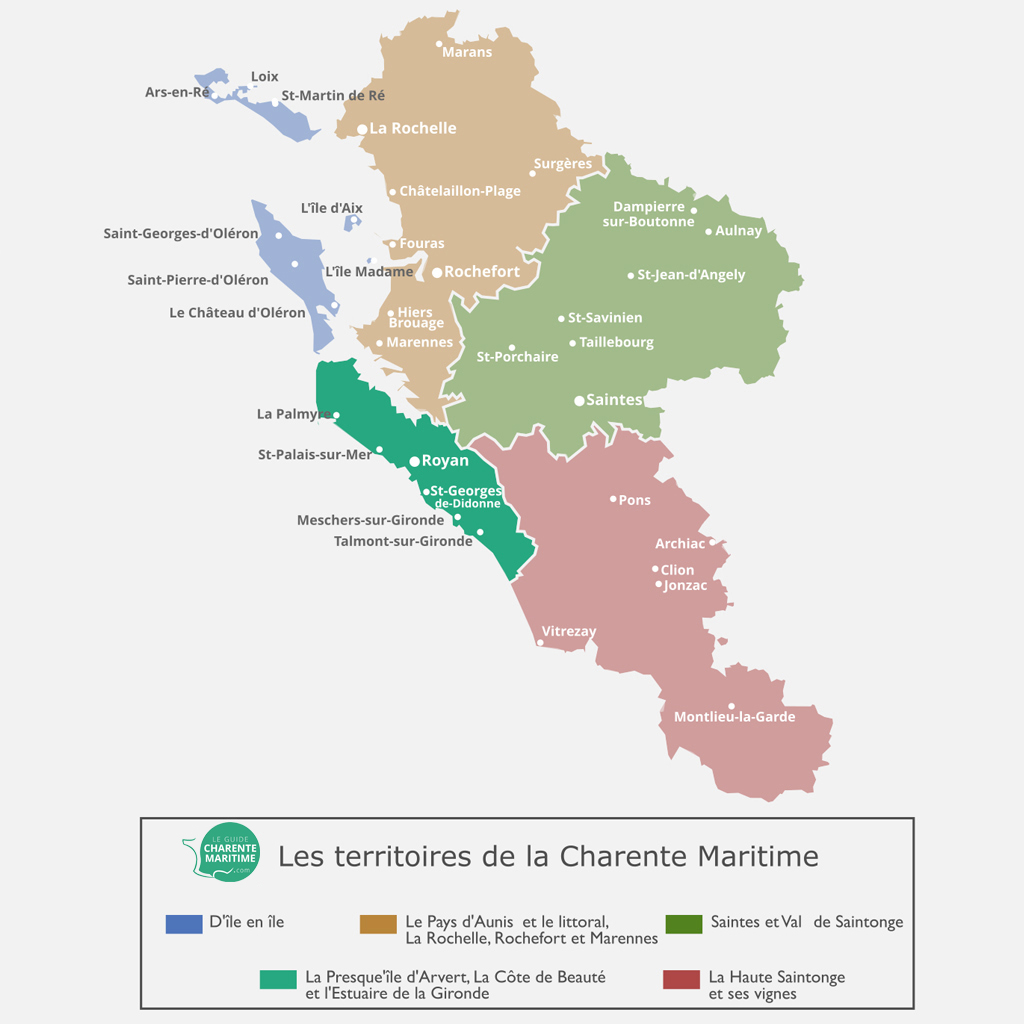 The Côte de beauté (Beauty coast) deserves its name: beautiful beaches, “conches” (sandy beaches located between two cliffs), wild dunes and forests paths are to be found from the Arvert peninsula up to the Gironde estuary.

From La Palmyre to Saint-Palais via Royan, Saint Georges de Didonne, and up to Meschers sur Gironde, the landscapes are mixed, changing shades of blue from the Atlantic ocean, greens from the maritime pine trees and white from the limestone cliffs. A postcard decor for fabulous holidays. 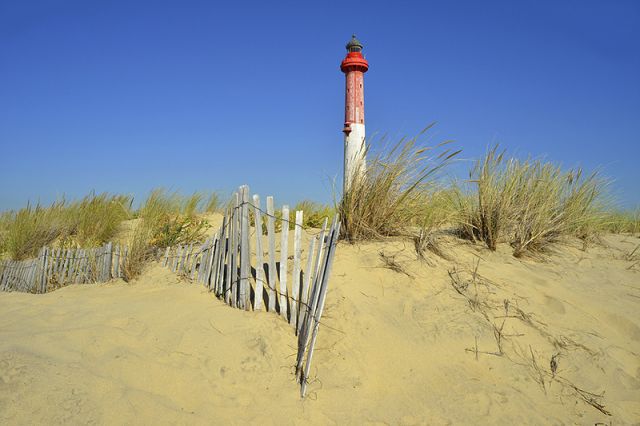 LA PALMYRE, A ZOO AND KILOMETRES OF BEACHES

When one mentions La Palmyre, we first think about its zoo, one of the most famous in Europe and one of the most beautiful in France. It boasts 1,600 species on 18 hectares of land. But La Palmyre also has kilometres of fine sandy beaches; from the Grande Côte point to the Bonne-Anse Bay. It can be a wild coast which is popular with surfers.

La Palmyre, created near the bourg des Mathes, is bordered by La Courbe forest, a 'green lagoon' of 5,000 hectares which is full of holm oaks and maritime pines.

For an amazing viewpoint over the Arvert peninsula, the Côte Sauvage (Wild Coast) and Gironde estuary, climb the 300 steps of the 64 metres high Courbe lighthouse. 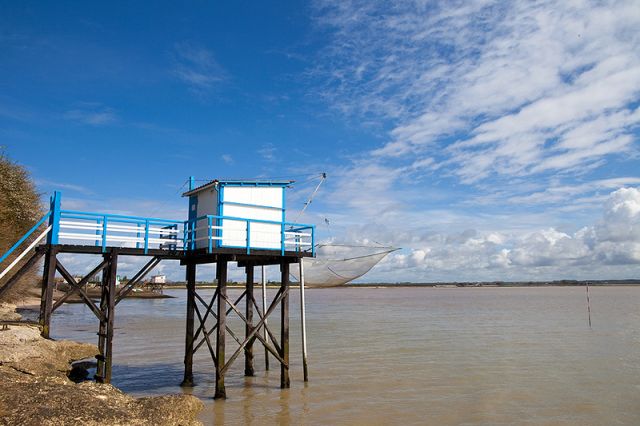 Saint-Palais-sur-mer is a famous seaside resort, with its succession of bays or “conches” (sandy beaches located between two cliffs), its legendary rocks, with the “Pont du Diable” (Devil Bridge) and the “Roche aux Moines” (Monks’ Rock), its small beaches, its typical Charente-Maritime floor tiles, its Belle Epoque villas and its “Sentier des Douaniers” (Path of the customs officers) provides lovely walks. There are also many cycling paths available. 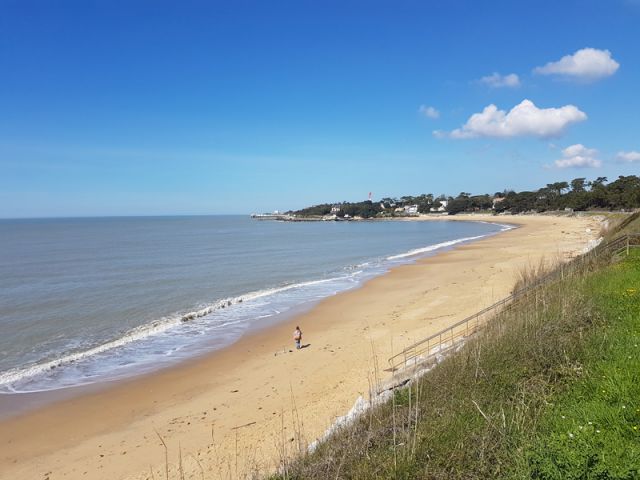 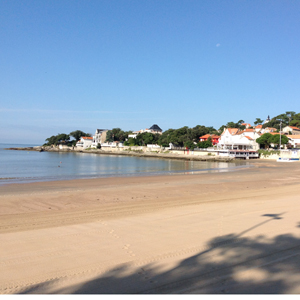 First an 18th century seaside resort, then one of the first holiday resorts in 1936, Royan has huge, beautiful, fine sandy beaches in the conches (sandy beach located between two cliffs) and maritime pine forests and holm oaks. There are few villas left which are a legacy from the Belle Epoque. The town was almost completely destroyed during WW2 and rebuilt in the 1950s. Great architects, who made their reputations using concrete, have designed the Palais des Congrès, the church of Notre Dame, the central market and the seafront. Stroll along the beach front as far as the marina and boardwalk. There is a profusion of cafes, bars and restaurants to choose from. Enjoy all the little shops along the covered arcade along the seafront.

Ten minutes from town, the Jardins du monde (The Gardens of the World), established in the heart of the Pousseau Marshland, provide a landscaped and horticultural world tour, and contributes to the preservation of this urban marshland. 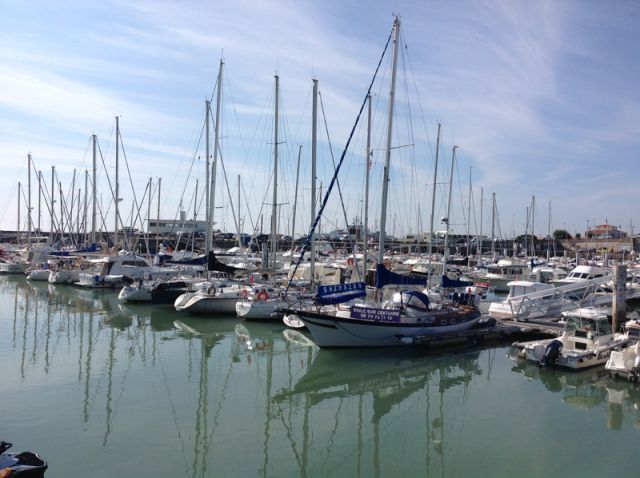 From the coastline you can see, on a rocky island, the 6 metre high Cordouan lighthouse. Listed as an Historic Monument and part of French Heritage, it is the oldest lighthouse in France.

Very close to Royan and located in a bay, Saint-Georges de Didonne is a charming seaside resort. Its coastal path provides a walk where you can admire the natural beauty of the seascape. It leads to the harbour.

MESCHERS SUR GIRONDE AND ITS CLIFFS

Located on limestone cliffs, Meschers overlooks the Gironde estuary and offers a spectacular and unusual landscape with peculiar troglodytes caves. The only caves open to the public are the caves of Régulus and Matata. Several fine sandy beaches, perfect for swimming, surround Meschers. Holidaymakers can enjoy sailing and hiking. 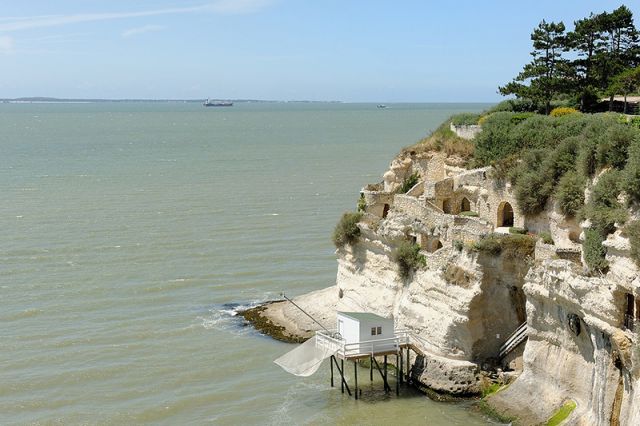 TALMONT-SUR-GIRONDE, one of the “most beautiful villages in france” 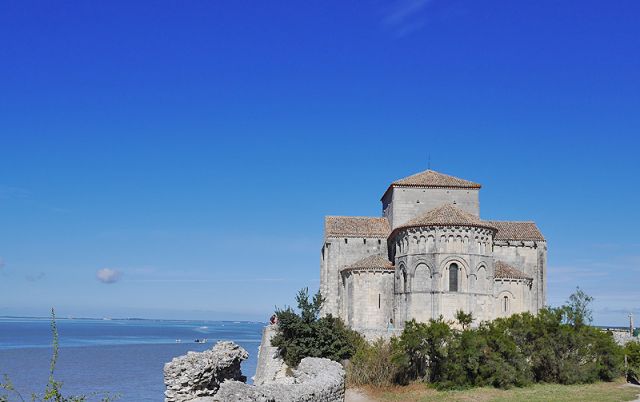 Perched on a peninsula, Talmont-sur-Gironde, a former citadel, offers an exceptional panorama over the estuary and its “carrelets” (fishing cabins built on stilts. These can be seen all along this coastline). The small, white village houses, shops, cafes and restaurants and the many alleyways provide a wonderful walking experience. In summer the village is a riot of colourful flowers. Hollyhocks abound. Cars are parked outside the village.

The church of Sainte-Radegonde, with is Saintonges roman style, was built on a promontory. Inside, suspended from the vault, an ex-voto frigate is a listed Historic Monument and part of French Heritage. A small marine cemetery is adjacent to the religious building.

A walk round the fortifications results in a tour of the village. There are many places along the way which provide beautiful views. Two kilometres east is the Fâ Gallo-Roman site. This was formerly a port city. The ruins have been sympathetically restored. You can immerse yourself in the Roman way of life and see the reconstructed thermal spas. 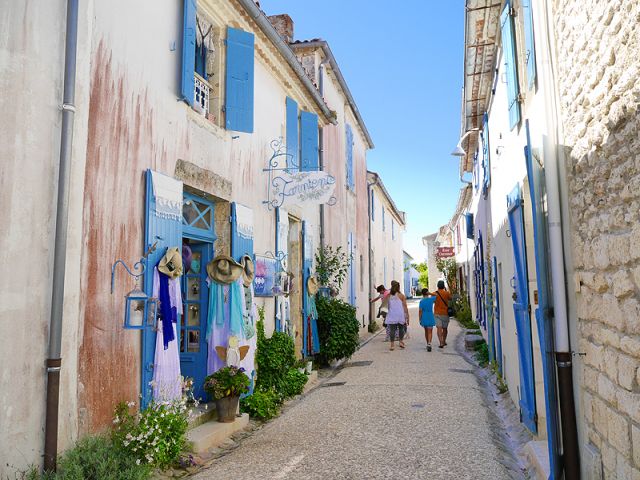 Situated to the north west of Royan, the Arvert peninsula is a natural region bordered by the Pertuis de Maumusson and the Atlantic Ocean. The peninsula is located between two estuaries, the Seudre estuary and the Gironde estuary which give the peninsula a great variety of landscapes.

Arvert, the capital, is a small friendly town committed to tourism and trade. Putting it in the spotlight is its local and architectural heritage, but of especial note are its oyster ports.

The wild coast of the Arvert peninsula will delight everyone. Once a nature lovers paradise, it now attracts sports' fans and those seeking seaside relaxation. A huge beach, more than 20km long, stretches to the south of the peninsula where there are many sand dunes which define the landscape. To the south west you can see the 64 metre high Coubre lighthouse which sits on the horizon. Keep looking in that direction and you will see Bonne Anse Bay with its rich fauna, especially marine birds.

There are many hiking paths to walk with mainly forest flora to enjoy. The paths go on for many kilometres. There are also cycling paths and horse riding paths to help you discover local treasures.

The west coast is the delight of surf enthusiasts where many surfing spots welcome professionals and beginners for great sporting moments.